TSU study on microplastic in the Yenisei published in Water

The high-ranking journal Water has published the results of a pilot study by a TSU group researching microplastic in the rivers of Siberia – “Evidence for Microplastics Contamination of the Remote Tributary of the Yenisei River, Siberia –The Pilot Study Results”. According to it, the region of the Yenisei studied is much less polluted than many other major rivers.

“We gathered samples of water and bottom sediments from the Yenisei and its longest tributary, Nizhnyaya Tunguska, in summer 2021. The research was supported by a grant from the Eastern Siberian Oil Company (ESOC),” – says Julia Frank, head of the TSU Laboratory of Industrial Microbiology. “We counted up the items from 150 micrometers to 5 millimeters. The concentrations demonstrated that the pollution level in these rivers is relatively low: 4.5 items per cubic meter of water.” As scientists note, the items found in the Yenisei River are mostly fibers coming from synthetic textile and fishing equipment. Less frequent are microfragments that are the result of plastic degradation. The low level of Yenisei tributary pollution can be explained: The population here is sparse and the nearest cities and industrial centers are far away.

TSU scientists collected and analyzed samples according to the international procedure recommended by NOAA (National Oceanic and Atmospheric Administration). The final results will be uploaded to the online map Litterbase that collects all the data currently published on marine pollution. It gathers the results of more than a thousand scientific studies and publications and is updated constantly.

Right now on the Russian map on Litterbase there is only one freshwater research object – the River Ob, which was also studied by the TSU Biological Institute. The Yenisei’s plastic items are different from the Ob’s: Most of the Ob’s are particles and there are fewer fibers, films, and microspheres. Given the change of intensity, these results can be a consequence of the major industrial pollution source located upstream on the Ob.

In the near future, TSU Biological Institute scientists will publish research data on the effect pollution has on fishes in these rivers. In 2021, TSU initiated a consortium for activating studies on microplastic migration in rivers, seas, and the world ocean. The participants will also study micro-items in the air and all ecosystems, including living organisms. This will help assess the effect of microplastic on nature and design methods of reducing and preventing pollution. 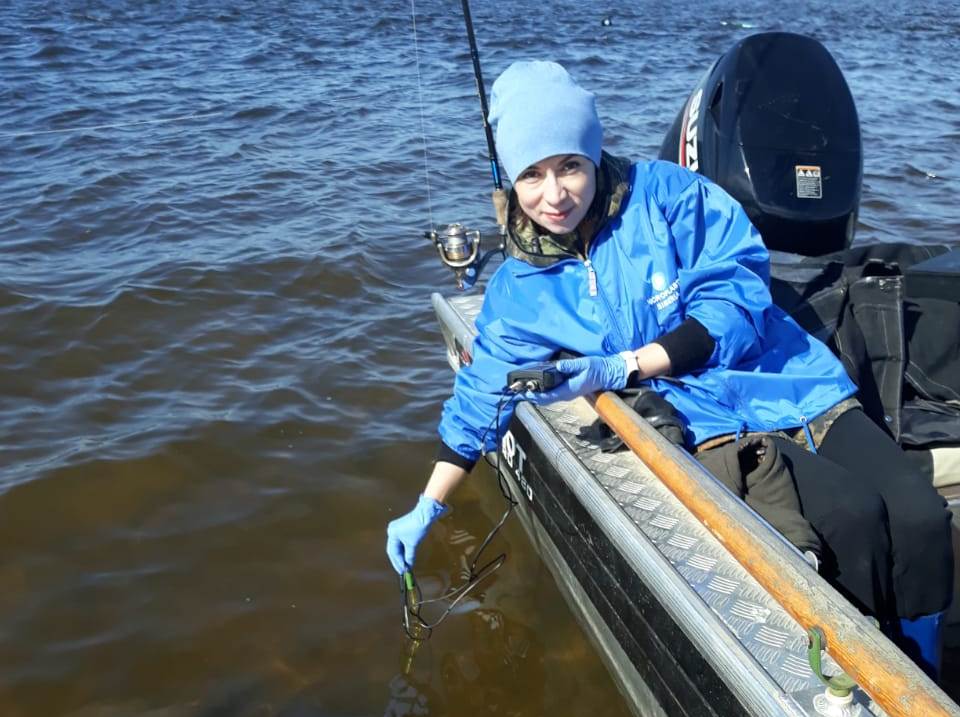